Home > HuntFishSD Blog   > The Pheasants Are Plentiful In Aberdeen, SD

Aberdeen Pheasant Hunting Is
Better Late Than Ever

As the Midwest air becomes ever-more crisp and the snow begins to fall on a more consistent basis, the average weekend warrior pheasant hunter generally bids a fond farewell to the season. They’ve bagged some birds, had some laughs with friends and family, carried on traditions and will now look forward to next October, when the weather plays a bit nicer than it does in Mid-November to January. But for those of you with true grit, the spoils can be yours, as the thrill of the hunt is truly more rewarding in the late season. With a little patience, some extra thermal clothing, and a quick pull, you can reap the rewards of late season pheasant hunting in Aberdeen.

Book your Aberdeen stay, and take advantage of the late season bounty of birds.

Late season hunting in Aberdeen holds some distinct advantages for hunters looking to fill their bags; for starters there’s less competition for getting on prime hunting land, as most hunters have already called it a season. Midwest winters can be harsh, and most would rather avoid it, allowing those who aren’t afraid to brave the elements more areas to hunt without infringing upon others, or others infringing upon them. 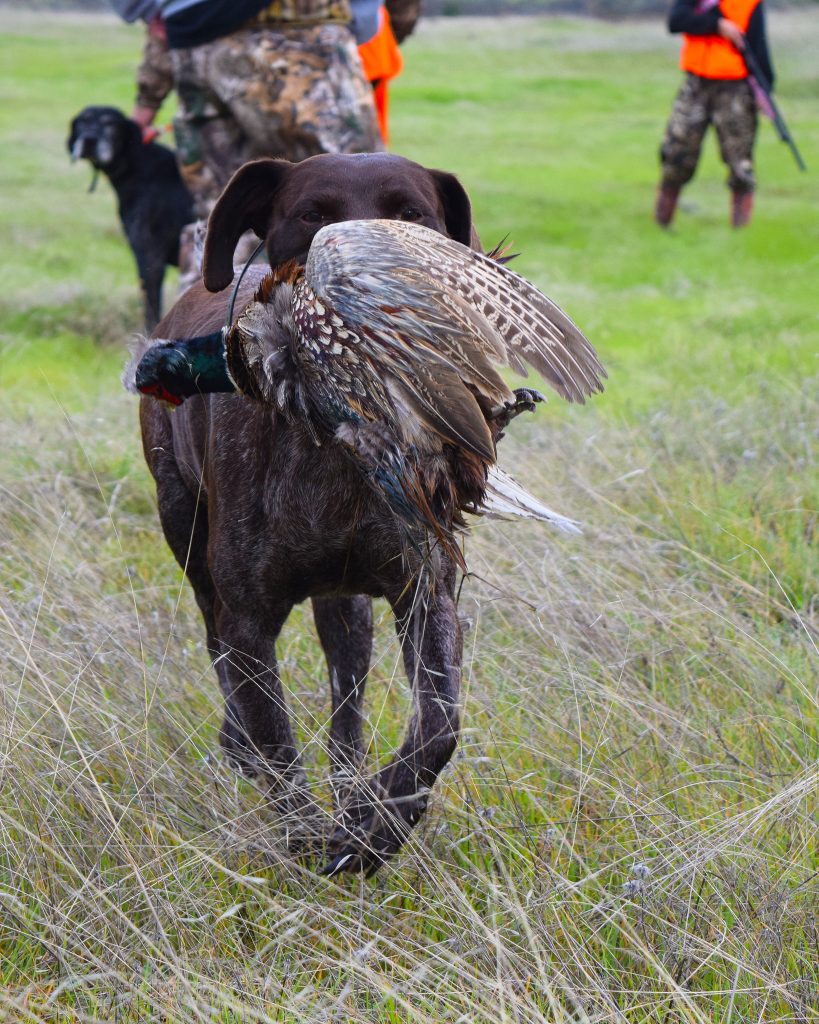 Another advantage, for those hunting private land enrolled in walk-in areas, is that a majority of the crops have been harvested by this time, meaning less coverage for the birds to hide. With the temperatures falling, pheasants are forced to group together in smaller areas of thick cover in order to survive the winter. This creates an outstanding opportunity for hunters to come upon large numbers of birds, and gives them a better shot at taking some home for the holiday dinner table.

During the late season, crops are being harvested and cover for roosters starts to diminish. This is when Aberdeen Pheasant Coalition land becomes more and more valuable. It is spearheaded by the local Aberdeen Pheasants Forever chapter and consists of local businesses, the tourist industry, conservation organizations and sportsmen groups coming together to provide funding for a signup incentive for farmers and landowners enrolling land to provide quality nesting and brood rearing habitat while at the same time enrolling these same acres into the South Dakota Game, Fish, and Parks public access hunting program (Walk In Program). Where there is cover, there is birds and the Aberdeen Pheasant Coalition has the best land to bag late season birds in Aberdeen.

Snow cover in late season is also an advantage to the hunter, as movements near potential pockets of birds can be less alarming. It’s still extremely important to try and be as stealthy as possible, but hunting after a snowfall definitely plays to your favor, not to mention that roosters are easier to spot on snowy white ground, as are their tracks.

The late season pheasant is known to be a wily and worthy opponent. They’ve been ducking and dodging bullets for weeks, and have become very aware of intruders. But for those of you who truly enjoy the thrill of the hunt, there’s simply no time more fulfilling to chase some birds than late season.

The bond between a dog and its owner is always very strong. But the relationship between a hunting dog and their owner is something totally different. Dogs are essential for finding and retrieving these elusive birds as well as having a friend in the field with you. If you are worried about traveling and staying with your dog you can rest easy. Aberdeen has dog friendly hotels so you can assure your furry friend will be taken care of on you hunting trip to Aberdeen.

Grab your hunting buddies, grab your gun, and see what we mean when we say, “Better late than ever!”

They won’t remember their first Facebook photo but will never forget the tradition of late season pheasant hunting in Aberdeen. Find out why sooner isn’t always better when it comes to planning your hunt.

More Habitat = More Pheasants
Thanks to the Aberdeen Pheasant Coalition

What is the Aberdeen Pheasant Coalition and why are they instrumental in sustaining and growing the pheasant population in Aberdeen, South Dakota?